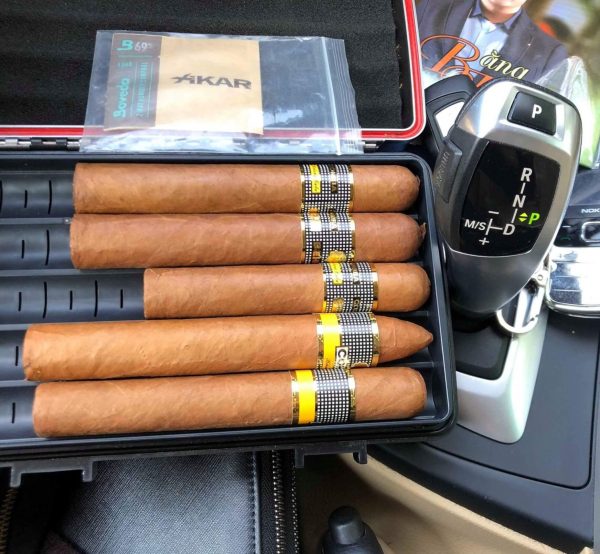 One of my all time ‘special treat’ cigars. I smoked a Cohiba Siglo VI in South Africa watching the British Lions play many years ago. The game alas ended in defeat. Luckily the Cohiba provided suitable recompense (almost!)

Cohiba is the premier brand of Habanos. It was initiated in 1966 for Fidel Castro himself and was made at the now world renowned El Laguito factory. Initially it was only witnessed outside Cuba as gifts for heads of state and visiting diplomats. From 1982 Cohiba has been available in the open market. Only three sizes where made available, the Lancero, the Corona Especial, and the Panatela. In 1989 three more vitolas, were added; the Robusto, the Exquisito, and the Espléndido. These six are referred to as the Línea Clásica. In 1992 Habanos SA launched a new range of sizes, the Línea 1492. To celebrate Christopher Columbus and his voyage to the Americas, with each size referring to a hundred years since Columbus’ discovery. The range constituted the Siglo I, Siglo II, Siglo III, Siglo IV, and Siglo V, with the Siglo VI added in 2002. Cohiba Maduro 5 was launched in 2007. Alone amongst any other Cuban Cigar, two of Cohiba’s filler leaves, the seco and ligero, experience a third fermentation in barrels. This creates silkiness to the blend that leads to the unrepeatable Cohiba experience.

When you buy a cigar from The Cigar Club you are buying into over 50 years of trading experience. Everything we dispatch is checked for quality. All our Havana cigars bear the EMS (English Market Selection) Stamp of excellence. This guarantees both provenance and excellence.

Cohiba Siglo VI We won’t be beaten on price. We will match any lower price found with any UK retailer. Call 01923 770066 for more information